Great news! I made it onto my flight to Dusseldorf no problem. What. A. Relief. The flight was long but not too bad. I was able to sleep a few hours which was good. I sat between a German man and another man who was either from Colombia or Italy, the details got confused in our long conversation that was a third German, English, and Spanish, and maybe a little Italian if I'm right about where he was from.

We were more than halfway through the flight when he turned to me and said "Como se llama?" Lucky for me I had taken a few years of Spanish so I was able to respond with little hesitation. We then had a rough conversation about where I was going and what I was doing in Germany (the blazer really does work miracles). I have to say I was pretty proud of myself for practicing my Spanish. It wasn't German but at least it was something. After we ran out of things to say the man who I learned was named Leon turned back to his movie and that was that.

I would now like to discuss the magic of airplane food. Truth is the only reason it's magical is because you magically don't die from eating it. I included a picture of what my meal looked like and as you can see it's far from appetizing. In that oily mess of...is that bbq sauce, sweet potato puree, and corn/veggie bits? You bet it is and man was it delicious (I'm kidding). But food is food on a 9 hour flight so I downed the slop and fell asleep.

Getting off the plane and going through customs was a breeze. When I walked out the exit I was met with about 12 people all yelling my name at the same time and holding up a German flag with my name on it. My host family, counselor, YEO and his daughter, and two other exchange students were all there to greet me. It was so awesome to be met with that much excitement and all my exhaustion washed away for the moment.

When I got to my new home my host parents gave me a tour of the place and my host dad left for work. I unpacked, ate lunch, and then went on a bike ride with some other exchange students to see my new school. By that point my jet lag had caught up with me and I took a 30 minute power nap but just woke up feeling more tired than before. The solution to my tiredness was to leave the house and walk to get ice cream (Schokolade) with Susanne and Thomas, my host parents. Weirdly enough the solution worked because when I got home I stayed up another few hours. It's now 22:15 and I'm writing this post with eyes that feel like they have stones pressing against them. I guess that means it's finally time to get a full nights sleep.

Oh wait one more thing, my host mom made me a little letter for my towel hangar. Isn't that so cute. Can't wait to spend the next five months with this awesome family. 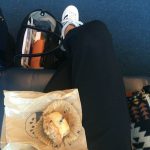 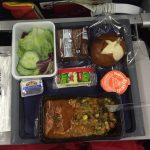 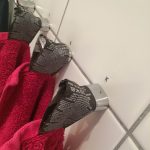 This is awesome, glad things are going well

Ice cream heals all! Proud of you bud! Can’t wait to read all about it! Smooches and hugs from the Wheldens!

So happy you made it there safe and it sounds amazing already!