It has been awhile since I've  updated you on my awesome life and for that I apologize. This week I've just been going through the average motions of life. One cool thing I did was use the bus/train to go to Dusseldorf (biggest city near me) for the first time by myself. The travel time is about 50 minutes total. 20 on the bus and 30 on the train. I really enjoyed the trip on a casual Saturday afternoon because it wasn't busy and it was the first time I had done independent travel since being here, even if it was only a short trip. In Dusseldorf I met up with an exchange friend (Taylor, from Canada) and she showed me the most breathtaking shopping strip I have ever seen. Not gonna lie I almost had a heart attack when I saw all the beautiful clothes and shoes through the windows. It's a miracle I didn't buy the whole street.

Now onto today, I got picked up this morning and taken to the city hall building (it's actually a castle, average Germany things) where the annual Kinderfest is held. Kinderfest is a day where a bunch of families and businesses set up booths selling second hand children's toys and clothes. There were also lots of games and fun stuff for kids. I was working at a booth selling hotdogs and popcorn with my Rotary club. I worked the popcorn machine which I'm just gonna say is not an easy job.

Why is making popcorn difficult you ask? Well let me tell you...SIDENOTE: don't you just hate it when the bottom of your foot itches? Like you have to itch it but at the same time it's totally uncomfortable because then it tickles! Man I hate that (this happened to me while I was writing this I'm not crazy I swear)...Okay back on track. I worked a popcorn machine for six hours and got eight battle scars doing it.

To make the popcorn you put oil, sugar, and the kernels into the top and then turn on the heat. They start to pop and eventually it overflows and you dump the bucket. But the oil inside is still popping! Hot kernels and oil fly everywhere hence the eight burns I got. One on my face! I mean come on I'm just tryna sell some popcorn here. I can't say I enjoyed having 10 people waiting for popcorn watch me flinch every time hot oil hit my hand as I try to fill their bags but it wasn't a terrible day. Making popcorn was fun and it tasted good too. Plus hanging out with my exchange crew and Rotary club is always a good time.

Oh you know, just me taking pictures with the city mayor, no big deal. 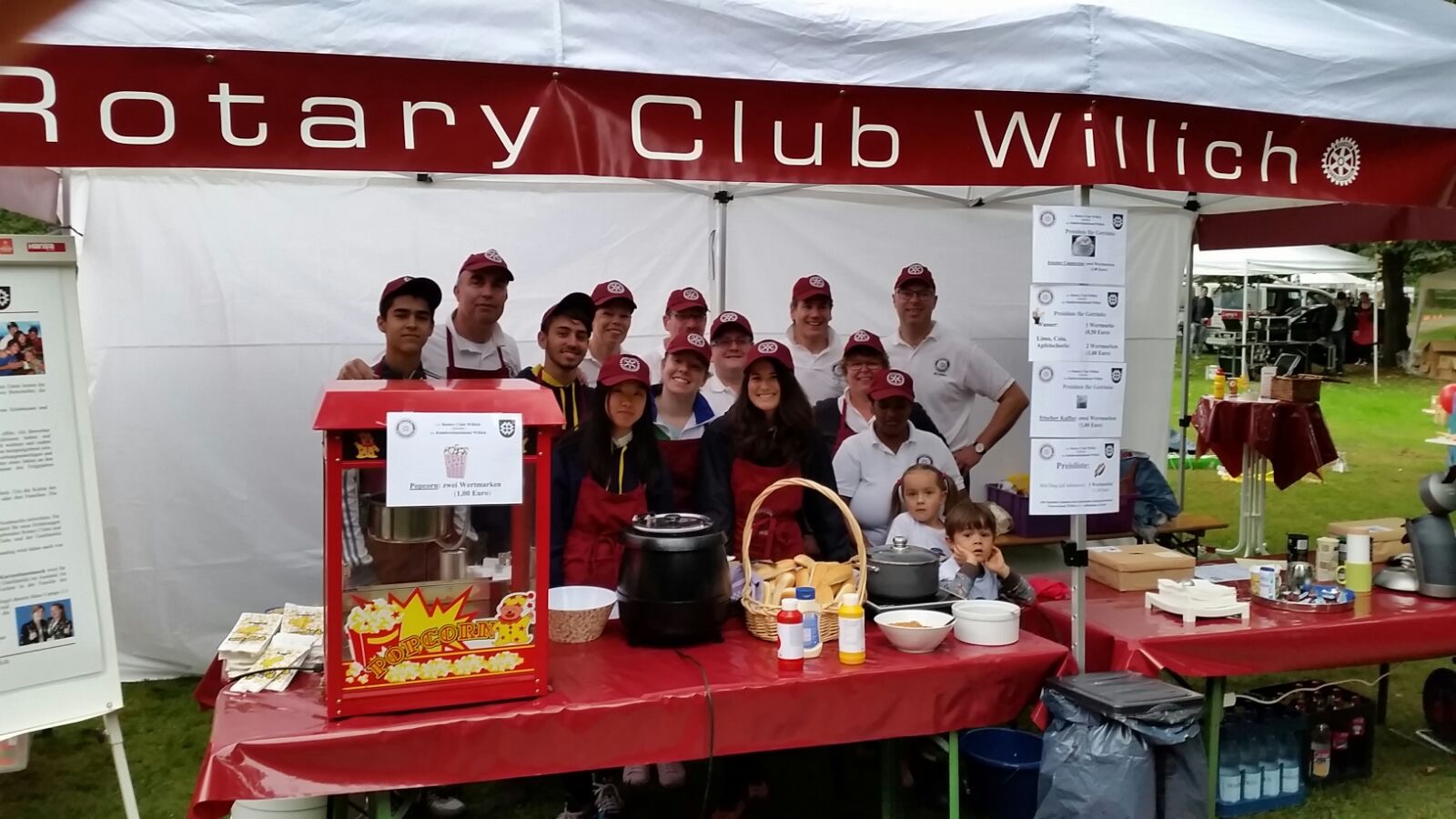 On a final note...today marks one month of being in Germany *confetti*

Sooo, how are your popcorn burns healing? I’m glad to see you’re living dangerously in Germany. Look for some celebratory *confetti* coming at you next week. Love you.

Ahhhh can’t wait to see what you’ve sent me! Popcorn burns are healing up fine. I’m still mad about the one on my face but ya know. Love love love you too.